So you are a rally driver, you’ve got the plane, and ex military airfield, just in case you need to refuel in the mid of the journey.

Yep, if you are Tomasz Kuchar.

But even if you are not a rally driver, you don’t have a plane, and you’re only weapon of choice for a track is a MX-5, you can still enjoy that.

Film made by Ignacy

Airstrip 2,5 kilometer long, with extra taxing runways, enabling to set up a track, as well as a drifting area. In the same place, where just a month ago Felix Baumgartner and Kuba Przygoński did their Red Bull stunt in GT86 and a chopper

Everything with a slight postapocalyptic, or maybe Mad Max feeling of the remote military base located somewhere in the middle of nowhere, “Fallout” meets “Stalker”  meets “Gran Turismo”.

The smell of the water in the showers, jetfighters and old military truck parked in old air shed make the out of this world feeling complete. 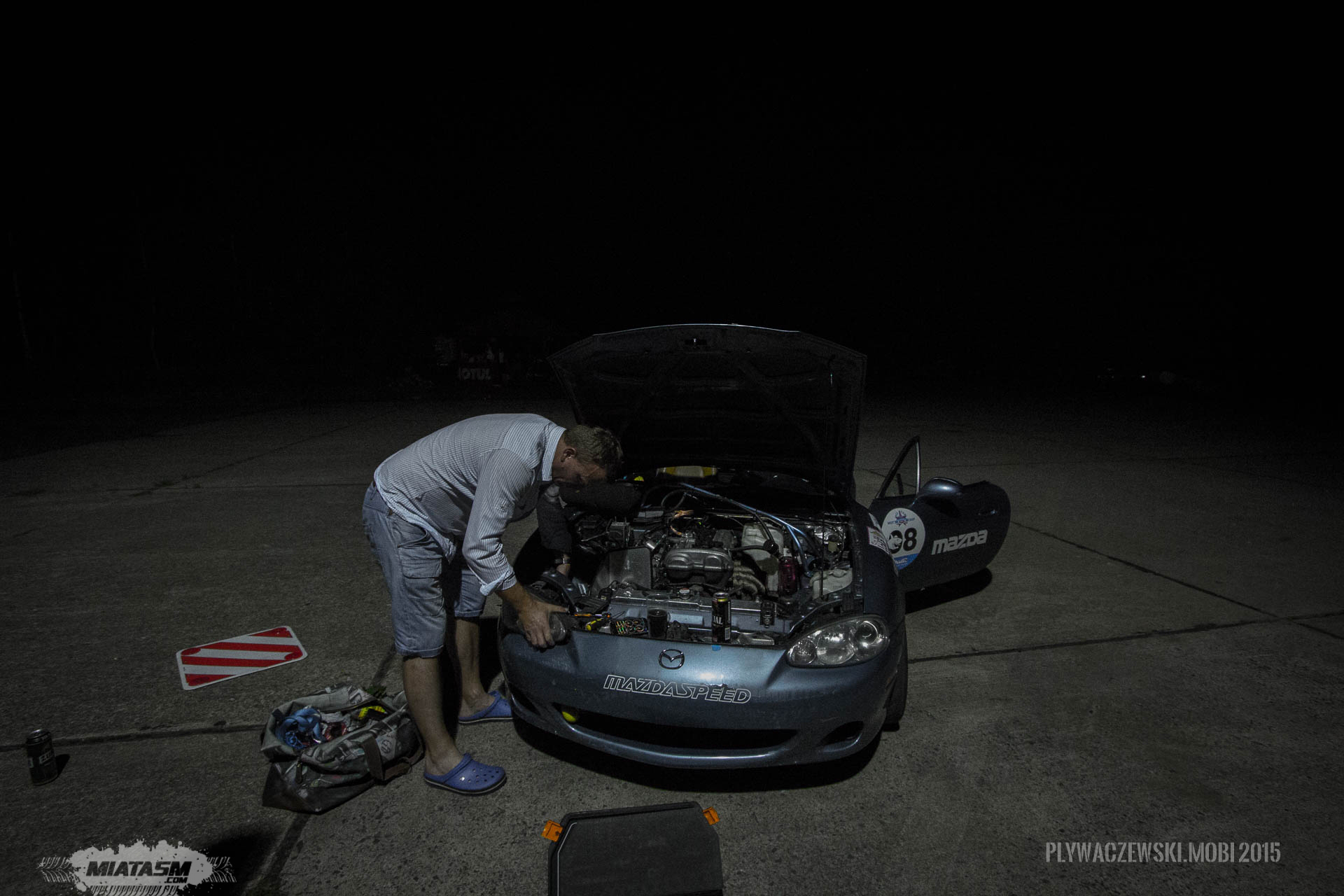 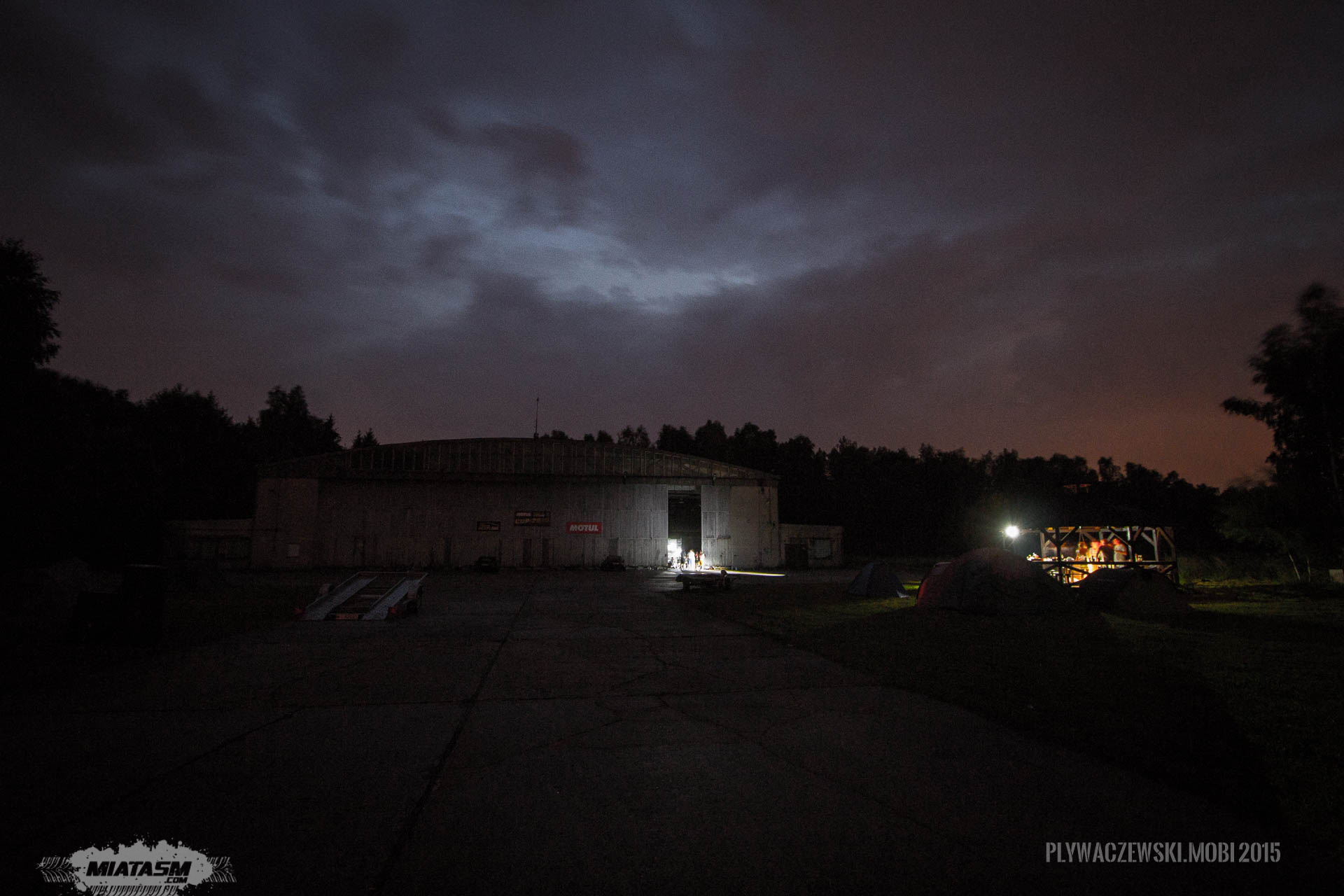 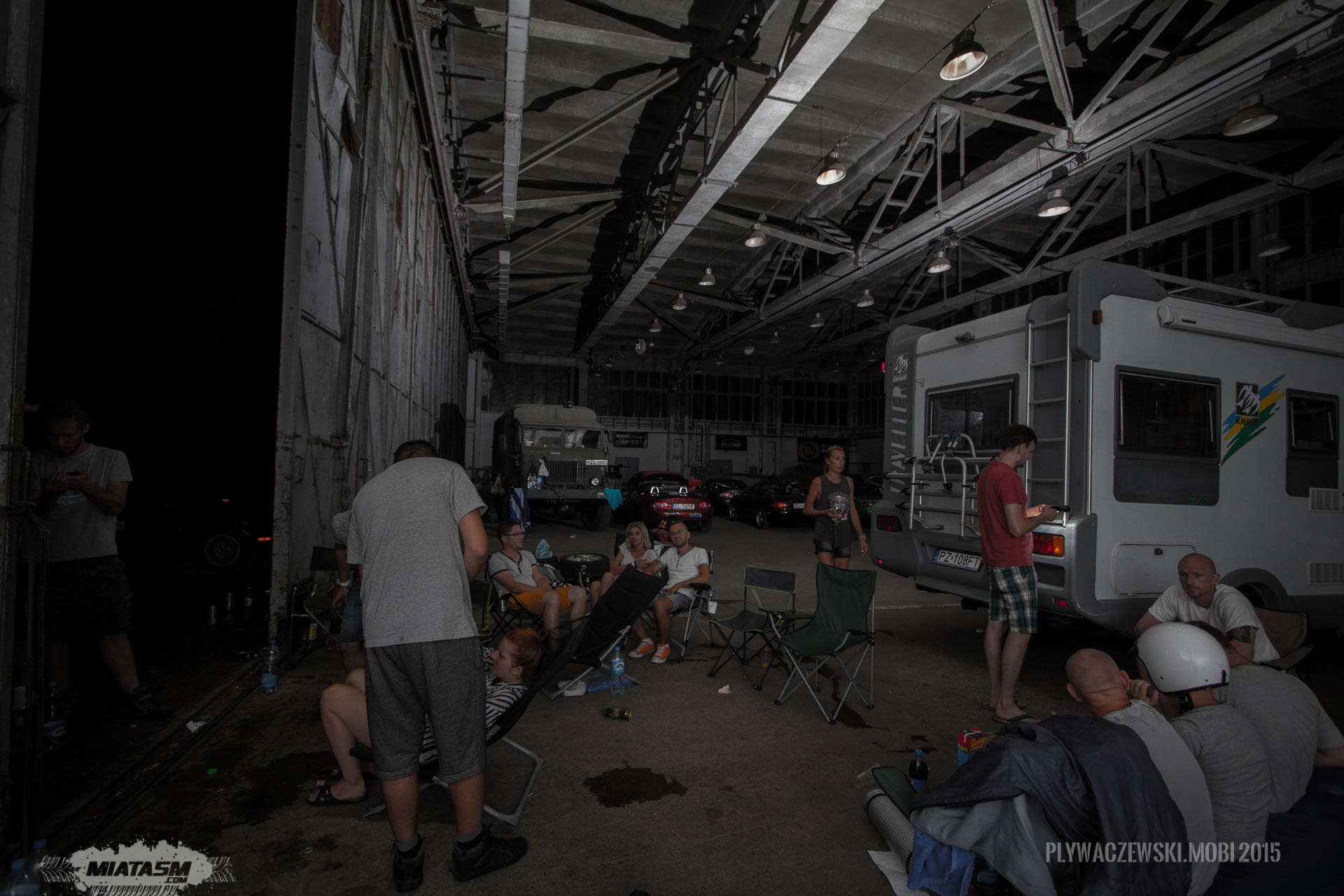 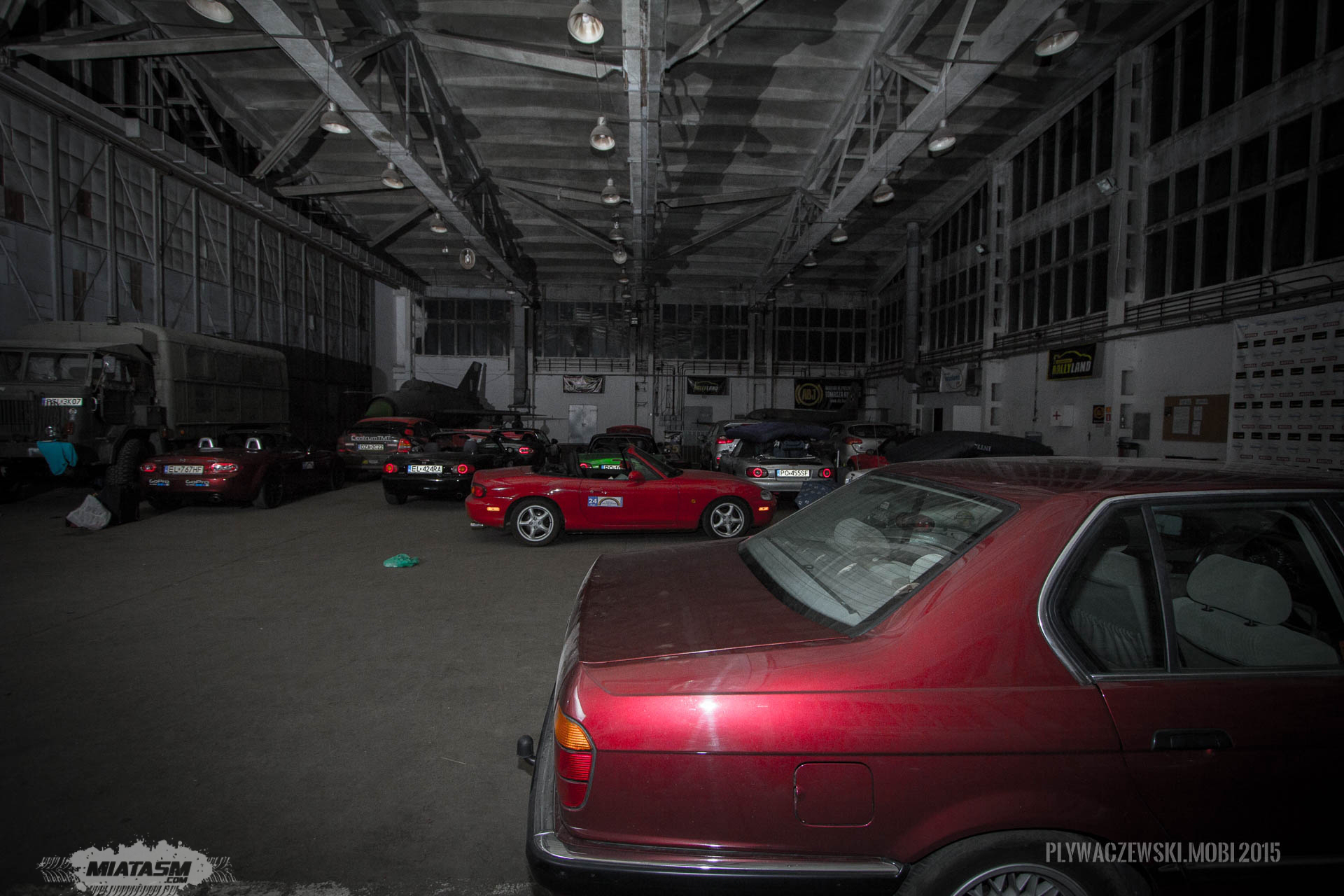 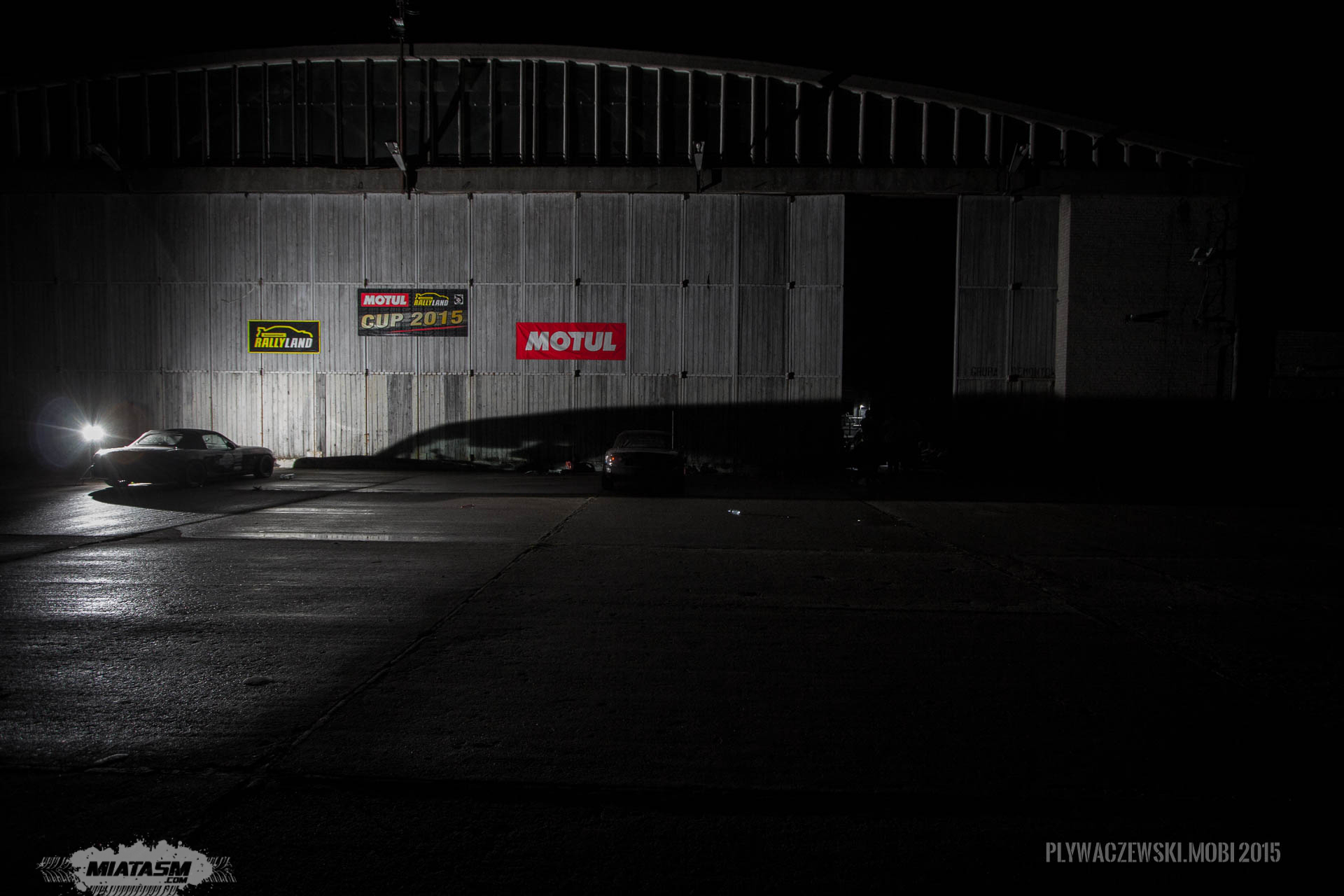 There is only one problem. The event takes place in the beginning of August and 40 degrees plus heat makes the people the weakest link.

Whole thing started well after noon, but still it was hard to do more then 2 lapses without getting a heat stroke.

But despite that, I have managed to do well above 100 kilometers in track (and extra 40 the night before) mostly because I couldn’t stand all of the heat angered wasps buzzing around.

Sun was burning the skin, the Boar was burning tires and gasoline. However due to despicable heat, every tyre I brought with me, besiedes Federal 595-RSR were pretty much useless – loosing traction after few first bends of the track. Trying to do a wide 180 turn almost always ended with some sort of action.

In the of the day, during a chase car video shooting it came out, that I was somewhat cutting the track (as you can see in the video, when Ignacy goes to the left of the screen, with me going straight to the 180 wide turn)

And still Ignacy was faster then me.

Speaking of that, after few short runs with Ignacy and his NC 1.8, after driving Maya’s NC 1.8 with swapped in 6 gears transmission and a Torsen all I know is that those things – NC and ND as well, should have their own group in next Miata MiniChallenge.

But since this one event was all about chill and grill, at that day it had no meaning at all.

And that’s the whole beauty of this. We got almost 48 hours in the place, where we actually could pull LeMans 48 off, all soaked in a petrolhead picnic gravy. With some military extra spice.

The place itself was difficult to find, hidden in the thick forest camouflage.

But, where was I?

O, yes, does anybody know, how to become Kuchar? 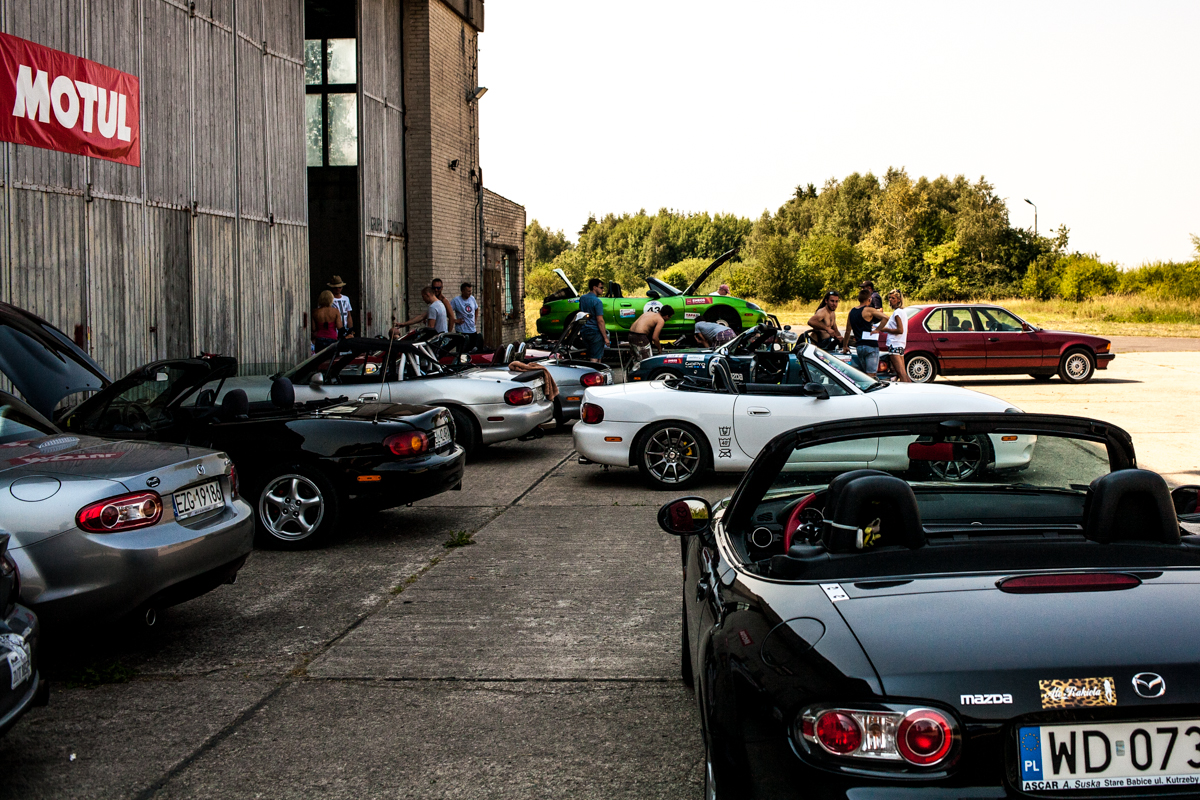 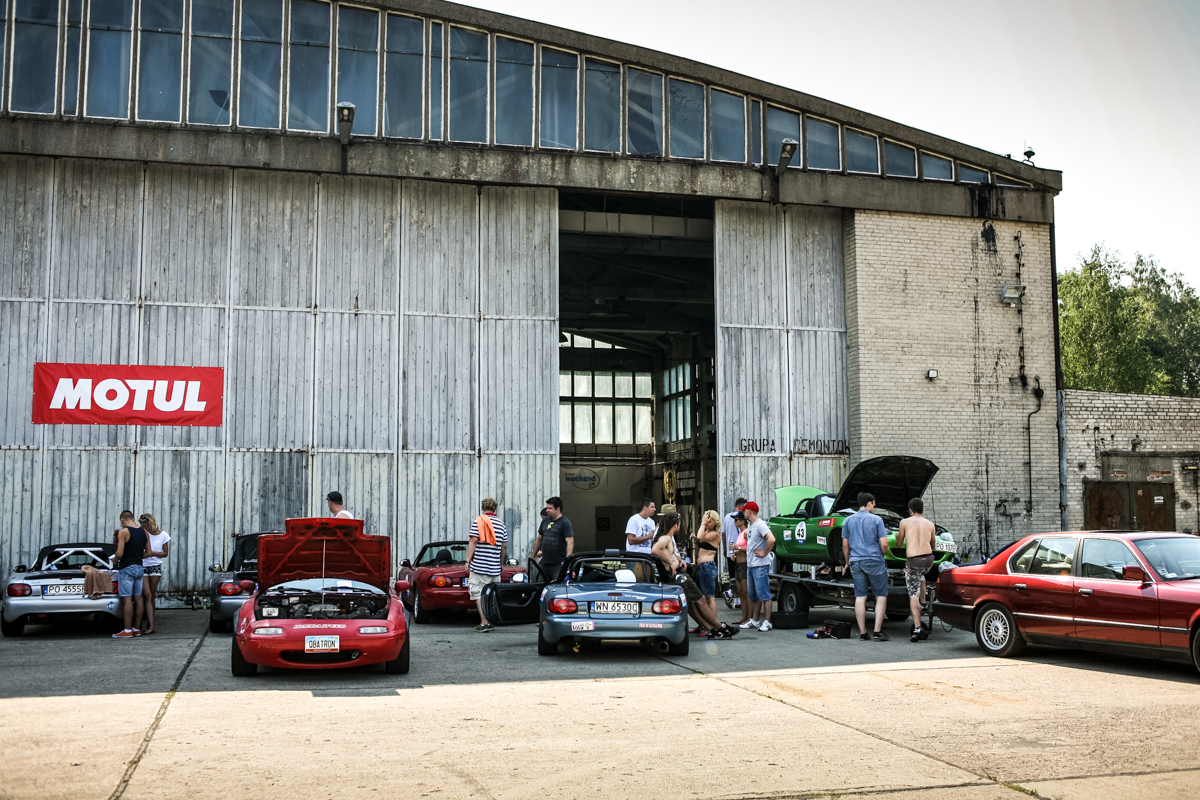 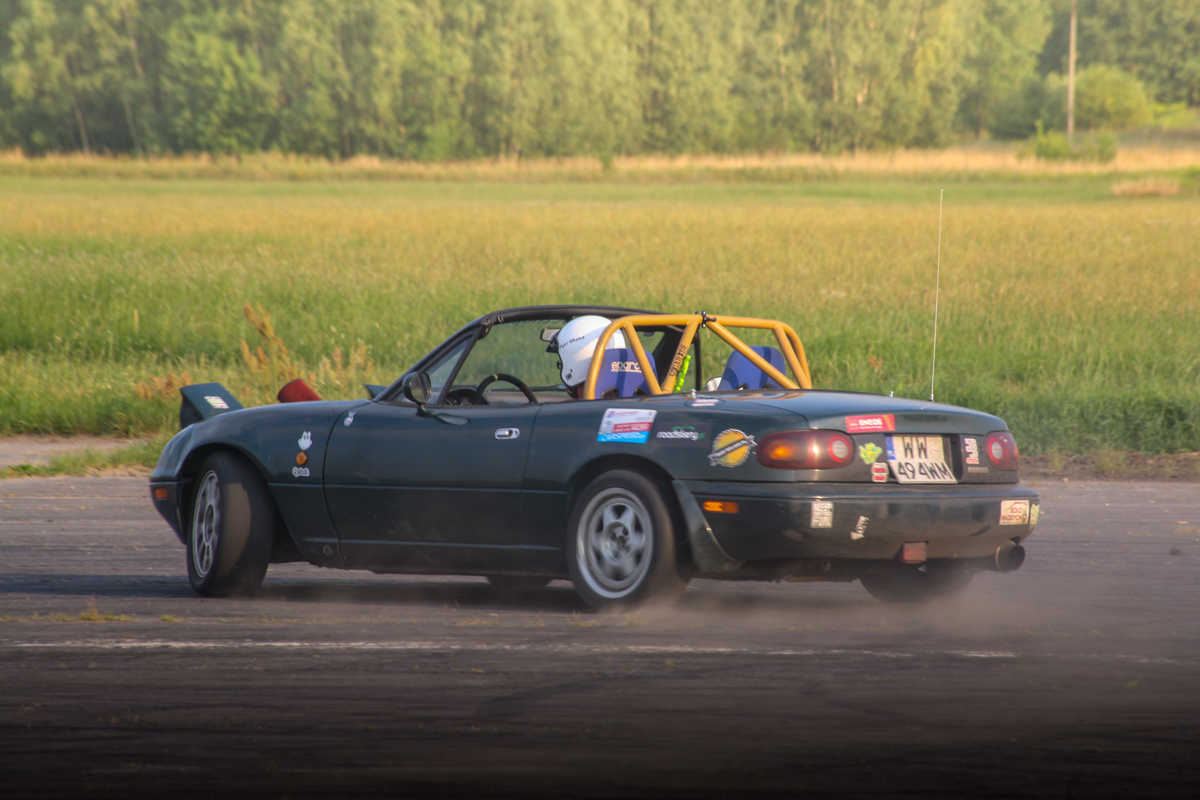 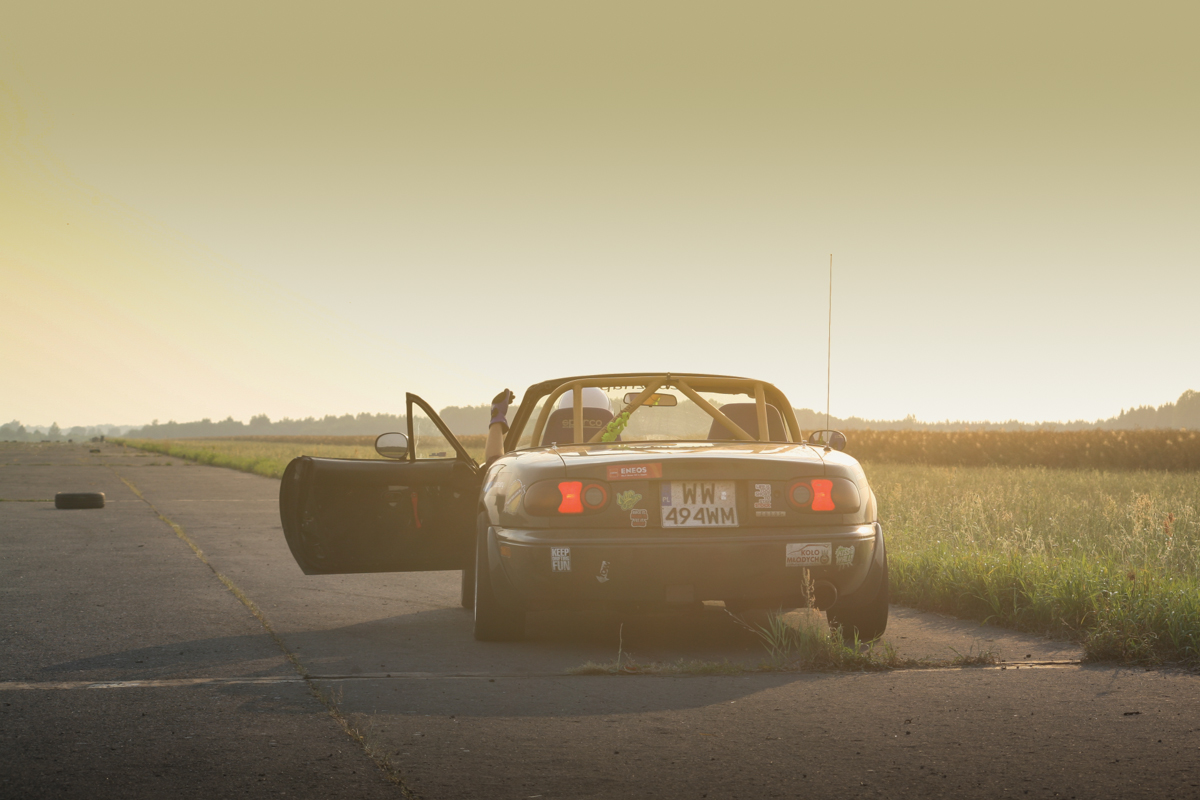 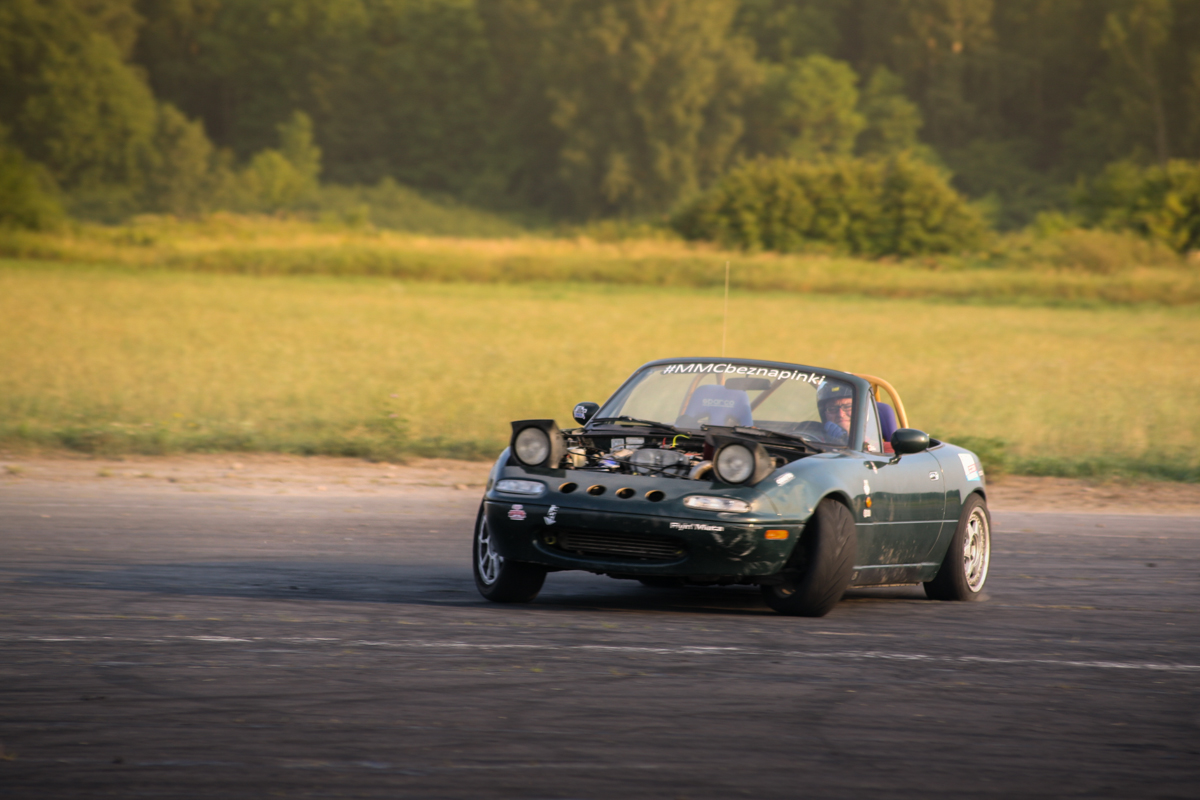 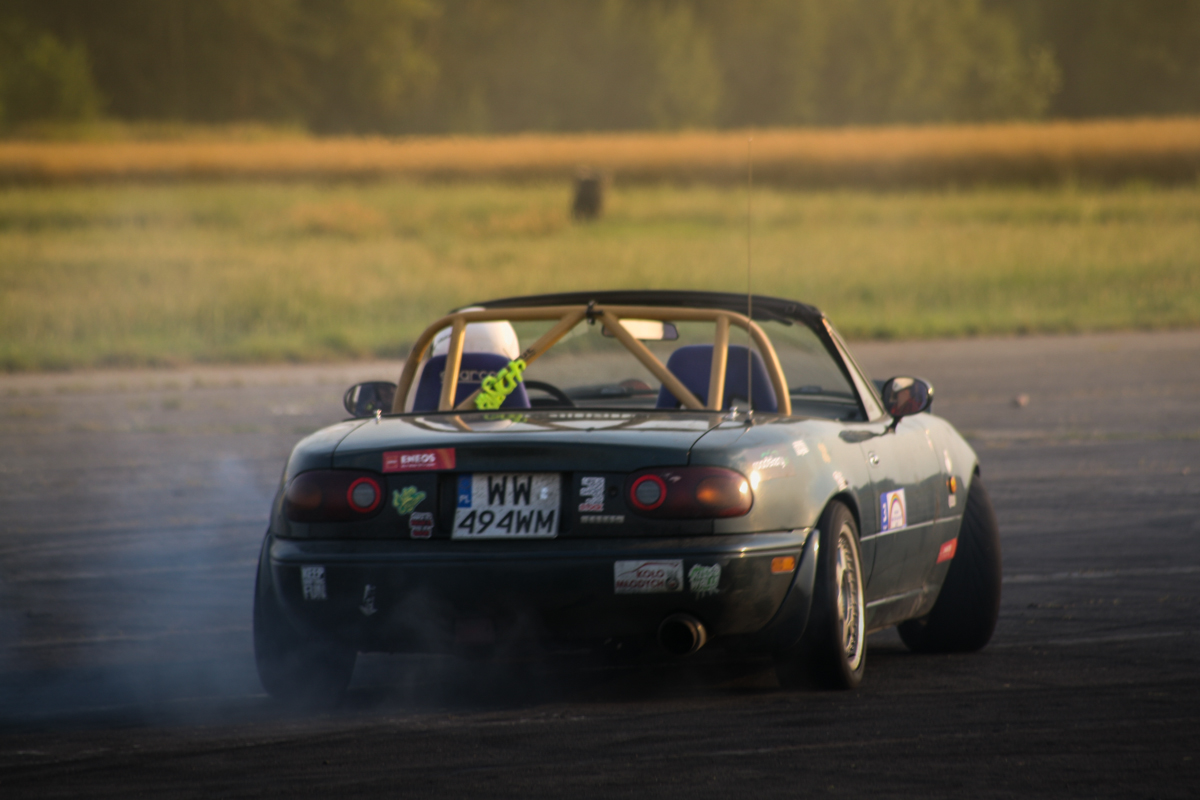 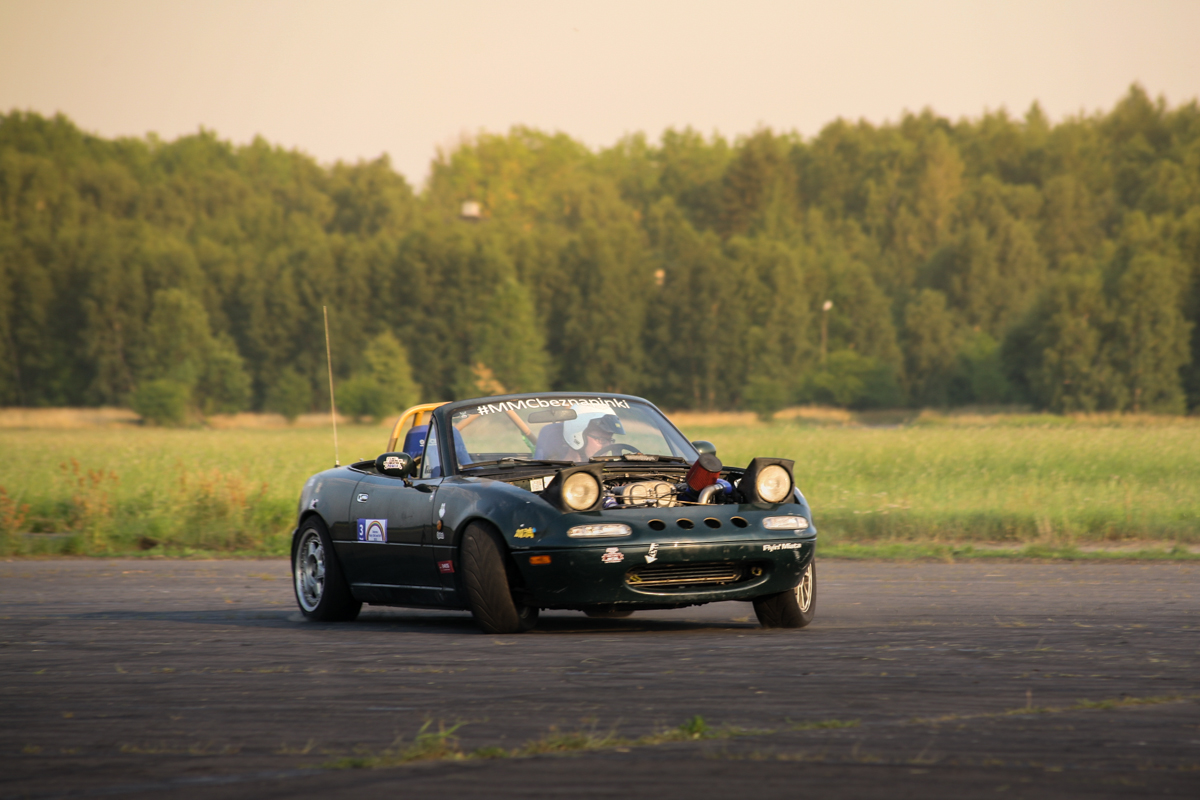 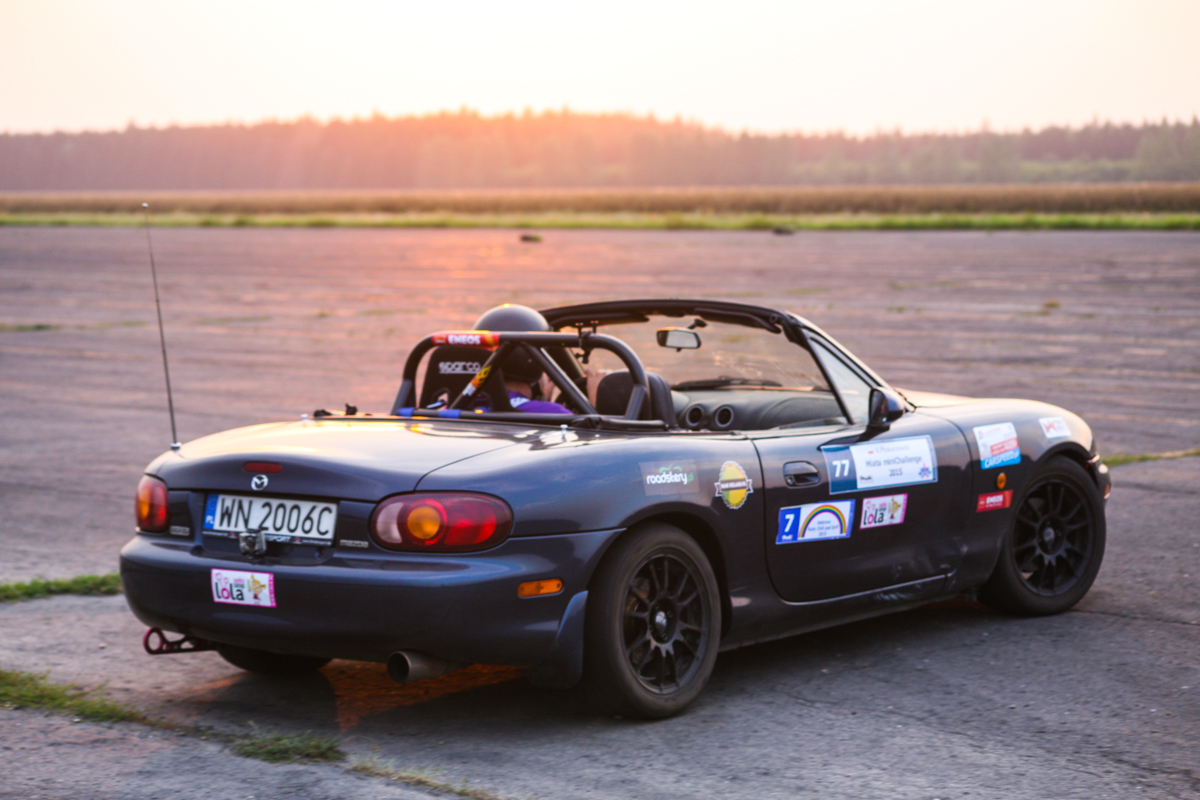 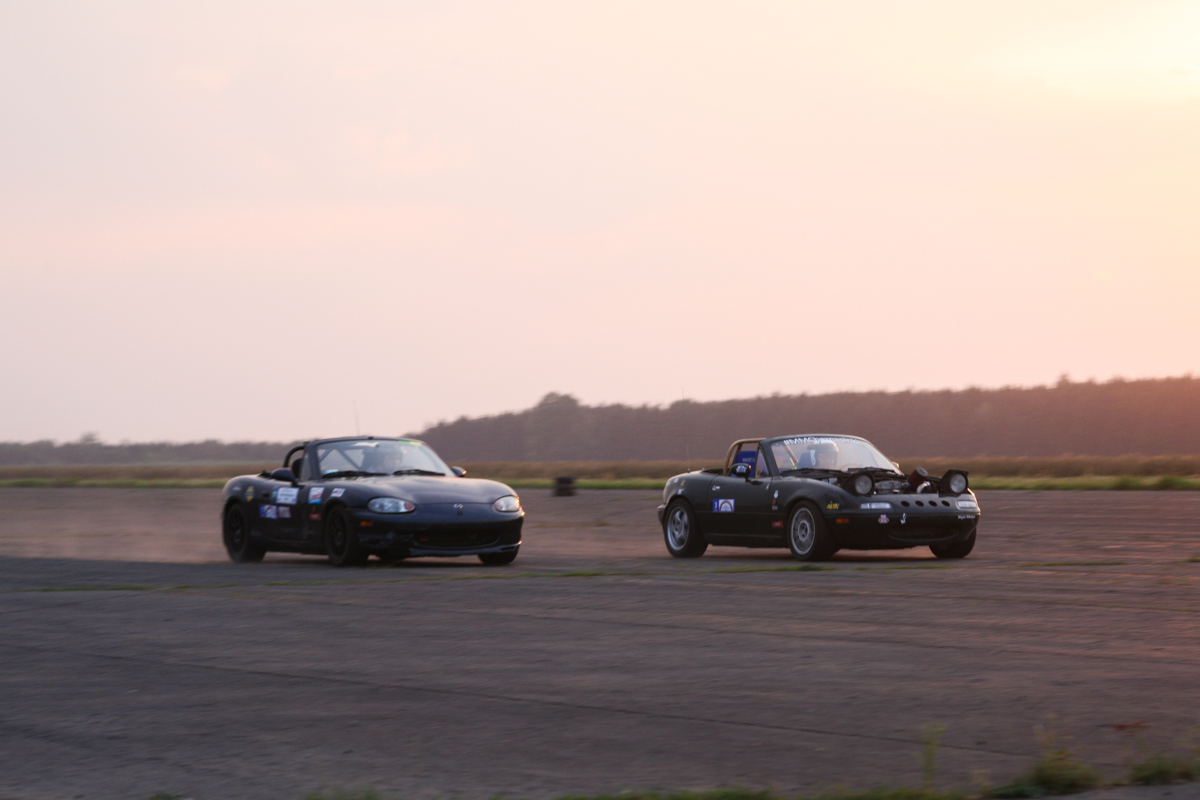