That was my main conclusion after one of the last year’s trackdays.

Before that I had a habit of turning on the Go Pro just before rolling off, playing loud music (because it’s fun and Stig does that) during the lap, running around the paddock and thinking about everything, but driving.

But then, at some moment last year, I have realized that one can’t do all of the things at the same time.

I have decided to focus at most at two things at the time (still one might say that it’s one too many, but c’mon, this is amateur racing).

So I dropped making onboards (who gives a fuck anyway about my driving), if I’m shooting video, I almost don’t take any pictures anymore, and if I’m co-driver for my partner, I pretty much don’t do any of the above.

I just drive behind the wheel, or shotgun.

Especially on the event taking place at one the two REAL RACING tracks in Poland – Poznań Racing Circuit. 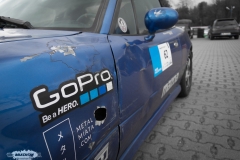 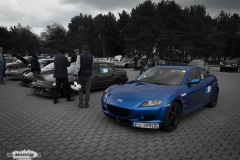 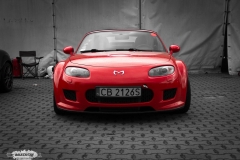 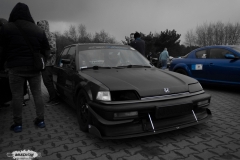 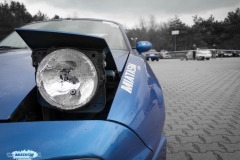 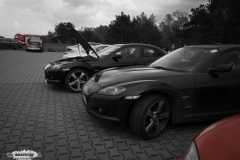 Located in a vicinity of Poznań Ławica Airport, Tor Poznań circuit is 4 kilometers long and about 12 meters wide. Until just recently it was the only real race track in Poland.

Venue hosts lots of moto and racing events, trackdays, and since 2016 – also Mazdaspeed.pl Club of Poland’s one of two yearly events.

Last year’s springtime event was a first time I had a chance to face the TP (as it is called in Poland) myself.

It seemed like a beast compared to everything I had a chance to experience before.

You have to bear in mind, that most of racing places in Poland are converted (or still used) ex-military airports, or short (up to 1 kilometer long) cart racing tracks.

Located in unusual places, being closed down because of people complaining about the noise, developers taking over the land, safety issues, sometimes all of the above.

In short – they’re anything but

I will always remember my first time on now defunct Tor Lublin, as it was my first time when I had a chance to race close to other Miatas.

And I will always remember my first time on Tor Poznań, when we were racing up close and personal, at 160-170 kilometers per hour (typical speed of 1.8 MX-5 at the end of the long straight, just before the Baba Jaga first right turn) before hitting the brakes.

With brakes malfunctioning, as it occured.

Not a best day of my life, not the best lap times, but great “how to break with right front caliper locking up” experience nevertheless.

Second time was a 2016 Miata miniChallenge final round.

This time I was co-driving friend’s car, with a similar specification, (NB 1.8, 6MT gearbox, Federal RSR tyres, ABS off), I was able to reach 2 minutes 5 seconds a lap.

This time, after just:

finally we were there!

Despite the weather forecast, predicting rain all day, last 100 kilometers to Poznań we spent in bright sunshine.

And this is pretty much how it went all day.

From almost raining to bright sunshine in the matter of seconds, windy, 10 to 13 degrees Celsius, with heavy Wizzair Boeing 330 overcast.

I know that last one, because one of the RX-8 drivers is an air traffic controller. One of the best almost non-modified RX-8 drivers of the day by the way.

Has anyone seen Pushing Tin?

The weather pushed it itself to the limits just not to do that heavy rain, that was promised. We had couple of drops, but that was it.

What differentiates Mazdaspeed events from Miata Challenge, is that it is open for all Mazdas ever produced, and you can choose if you want to do track day, or just show off your car to the general public.

Strangely enough, most of the cars that went for track were MX-5s, RX-8s, some 323s, 6s, and assorted friends. We had RX-8 Honda K-20 supercharged swap, as well as Opel Speedster Turbo, as well as kind of weird looking Civic.

I needed two rounds to settle myself in the group of RX-8, but after figuring the scheme:

I had a smooth, uninterrupted pure pleasure of being almost alone there – just me, my skills (or lack of them), tarmac, steering wheel, Federal RSR, latitudal and longtidal forces coming in and out, and some cars in my field of vision.

But then something happened.

Why aren’t you letting the car go faster?

Asked Alex after riding shotgun with me for 15 minutes.

Well, I was asking myself this also, but…

I could feel that the car can and is willing to go faster, and the only thing stopping it is me, myself and I.

Just to make sure, my friend – very skilled one – took Dzik for a spin at one session. He came up with 2.00 (Race Chrono timing) in just one session.

That showed me that the car is capable – especially that I was in RX-8 behind, and then after him and I could see that all he does is just choosing the right way, and letting the car go.

Challenge is the challenge.

In that matter, places like Tor Poznań are best to get the benchmark (however corporate this sounds) of your progress.

The track itself doesn’t change, there are no barrels, chicanes that move around.

It’s just you and that stretch of tarmac.

I can imagine, that after some time you can become bored of this.

But coming from where I come from – it will take some time.