Along with Maciek, aka MAC – part of  Picture68 collective – accidently we have took a part in Fujifilm product shot session workshops.

Mazda MX-5 ND being an accident.

I must say that Mazda marketing or PR is doing a lot of work in Poland. I just wish they invested a bit more into Miata MiniChallenge…

Workshop took place on the small General Aviation airstrip located nearby Konstancin (albeit the hangar was very impressive). Unsurprisingly it was more a product show off, than the real workshop, however it is hard to blame anyone – it’s just how it works. We had a chance to play with a variety of Fuji bodies and lenses – everyone got one.

Only thing that was kind of missing, was the real workshop part – lights were set up before we arrived. On the other hand, as Jacek said – why bring up the competition. However, during the introduction, Jacek passed a lot of knowledge on the subject, as well as the equipment.

The other thing, I wanted to swap the body after some time, but nobody was willing to do it.  It turned out that the body I used – X-E2 was one of the most advanced, but still. By the way – don’t switch it to Polish language 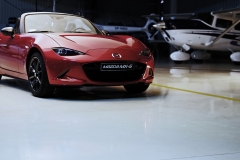 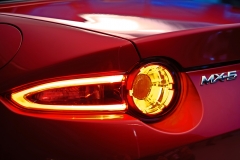 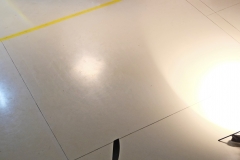 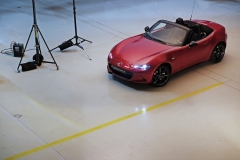 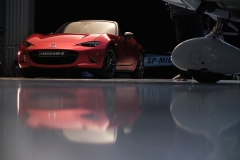 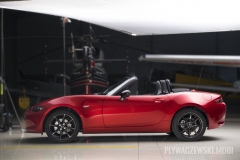 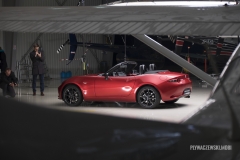 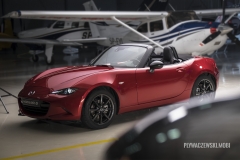 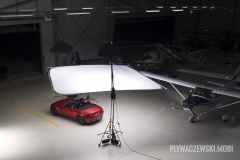 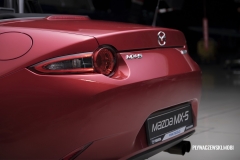 Even though I have mostly used strobes on MX-5, I did stroll around and found myself using ISO6400 at some point. As you can see on the photo below – it is unnoticeable. However shooting video with same setting resulted in a messy aliased overartifacted nightmare video.
Nobody is perfect